FOR IMMEDIATE RELEASE No. 3313

TOKYO, October 10, 2019 - Mitsubishi Electric Corporation (TOKYO: 6503) announced that its 160kV mechanical HVDC* circuit breaker (mechanical DCCB) prototype has successfully interrupted the peak current of 16kA that reproduces a fault in a real system within 7 milliseconds: a testing requirement specified in PROMOTioN** project. The testing was conducted as part of the EU-funded research project PROMOTioN at the KEMA high power laboratories of DNV-GL, an international testing and certification service based in The Netherlands.

Following the successful test, Mitsubishi Electric is now proceeding commercialization of the DCCB. The proven reliability of its components is expected to help to develop stable, reliable and economical dc grid. 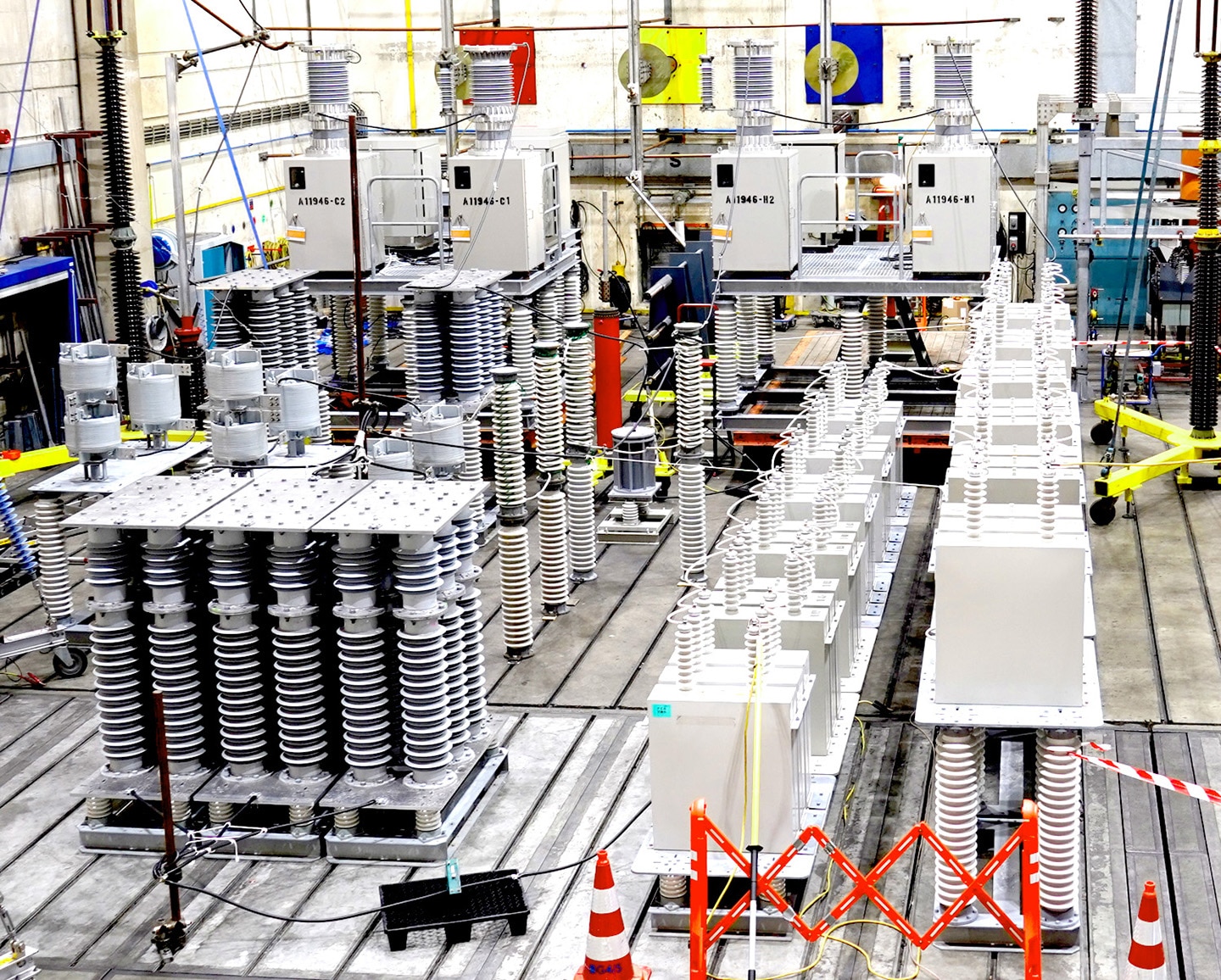 The 160kV mechanical DCCB prototype used in the tests

HVDC transmission is a lower cost alternative to AC transmission and benefit from lower power loss over long distances. It is effective to connect offshore wind farms to onshore power grids in Europe, especially in the North Sea and the Baltic Sea. In recent years, the requirement for higher reliability and lower cost DCCBs has risen, driven by the need to expand HVDC transmission networks and ensure more continuous and stable operation.

AC current can be interrupted at current zero existing every half cycle, but in case of DC interruption, current zero have to be artificially created, since it lacks natural current zero. In addition, convertors are used to convert AC to DC prior to transmission, and it is therefore necessary to interrupt any abnormal current before the convertors shut down in cases of voltage drops occurring during any faults. High-speed interruption within a few milliseconds is therefore required for DCCBs. Mitsubishi Electric has successfully interrupted DC current with its mechanical DCCB prototype, which is capable of creating zero current artificially within such miniscule timeframes.